You are here: Home » Blogs » Industry Information » how oil spill is contained in an ocean？

how oil spill is contained in an ocean？

In March 1978, the sister ship "amogo Cadiz" of 16m / T paradise was loaded with 1604500 barrels of crude oil and 230000 tons of crude oil. The rudder was damaged by a huge wave, which caused it to lose control and hit a rock reef 90 feet (about 27.4 meters) deep. The tanker broke into two sections and quickly sank into the sea. By then, all the crude oil on the ship would leak into the sea. Under the combined effect of prevailing winds and tides, the leaked crude oil drifted 200 miles (about 322 kilometers) away to the sea area near Brittany in western France and sank. As a result, the wild animals suffered heavy losses. A total of 20000 seabirds, 9000 tons of oysters and millions of animals living on the sea floor such as starfish and sea urchins died. The oil pollution caused heavy pollution to the environment and animals. In order to avoid or treat it in time, At present, most ships or ports have spare pvc oil boom. In case of oil spill, oil booms shall be used to intercept in time to prevent pollution in a larger area, and then the oil spill shall be cleaned with oil absorbent felt or other oil absorbent products. 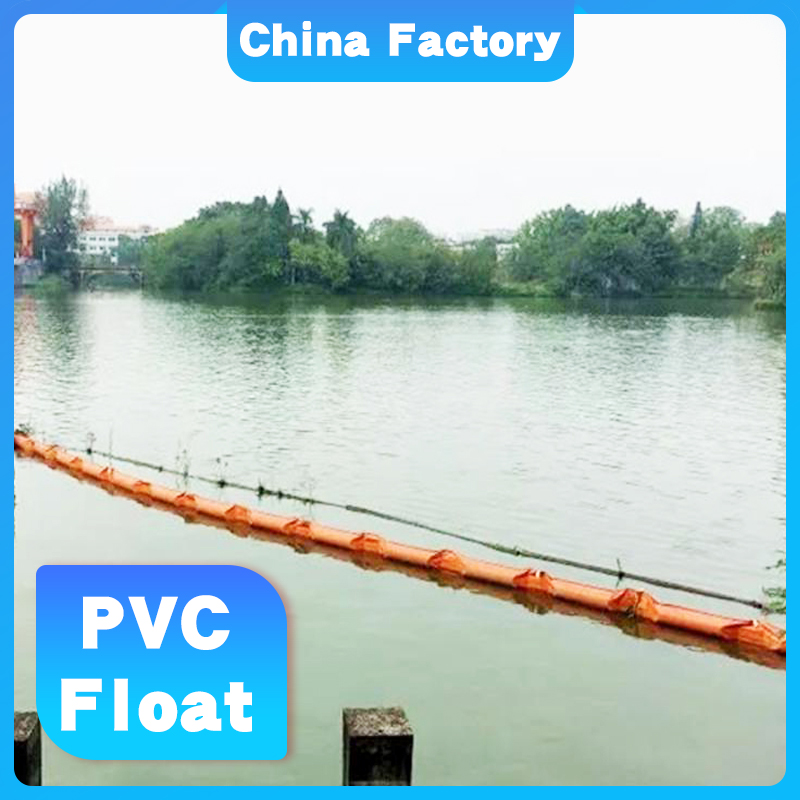 As a commonly used oil pollution removal equipment at sea, the oil containment boom has made an important contribution to the interception of oil pollution and the reduction of oil pollution area, especially in combination with oil absorbent cotton to minimize pollution. Due to the different polluted areas, the pvc oil fence needs to be connected and arranged during use. In order to save time, it is best to unify the model and size of the oil containment boom to facilitate connection. Next, let's take a look at the connection method of the Rubber oil boom.

There are hook type joints and drill holes at both ends of the Rubberc oil fence, and each joint should be equipped with a self-locking bolt and bolted to the joint with a small steel wire rope of sufficient length; Using the water line of the Rubber oil boom as the reference point, the center of the first drill hole should be 12cm above the water line, and the second drill hole should be set 30cm below the first drill hole according to the total height of the joint. The installation direction of the joint is in the shape of a hook held by the right hand from the top, so that there is no difference between the left and right connections in the connection of the oil containment boom. The materials used for connectors and pins shall be able to resist the corrosion of seawater and other working environments. If different metal materials are used below the waterline, attention should be paid to avoid electrolytic corrosion during design. The joint of theoil containment boom should be tight to prevent oil leakage. Try pulling force after connection to see if it is loose.

The storage and maintenance of the oil containment boom is directly related to the rapid oil spill emergency response and the effective implementation of containment operations. In order to ensure rapid response, the storage place of the pvc oil fence should be as close to the wharf, operation site and sensitive resource protection area as possible, and ensure that the storage place of the pvc oil fence is convenient for vehicles and ships to enter and leave. The oil fence stored outdoors should ensure that the storage place is well drained, pay attention to pests, moisture-proof, and avoid direct sunlight; When stored indoors, attention should also be paid to moisture resistance and good ventilation conditions, and necessary measures should be taken in advance to prevent pests (such as spreading rodenticide) according to the situation; The floating boom that need to be folded and stored should be placed on the spacer frame and no other items should be stacked on it to avoid the deformation of the oil containment fence caused by excessive pressure, and the stacked oil booms should be regularly inspected, and the original folding trace should be avoided when folding again; If it is necessary to store the pvc oil fence on the reel, avoid distortion of the oil boom during the winding process, and regularly unfold the wrapped pvc silt curtain, and then recycle it after inspection. The maintenance of the pvc silt curtain mainly refers to the daily maintenance and the maintenance after the recovery operation. The maintenance after the recycling operation mainly checks whether the oil containment boom is damaged, whether the accessories are complete or whether it needs to be replaced and repaired; Routine maintenance generally check whether the pvc silt curtain is worn, broken, fiber aging, connector corrosion or damage caused by pulling and other loading and unloading reasons, and carry out necessary maintenance and replacement; The oil containment boom that has been placed in the water area for a long time should also be maintained regularly. Generally, the oil containment boom should be towed ashore regularly according to the specific situation to remove the marine organisms and other adhesion attached to the surface of the floating boom; No matter what kind of maintenance is carried out, it is necessary to make detailed records and arrange the inspection and maintenance items according to the records, so as to ensure that all the contents involved in the oil containment boom can be generally inspected and maintained within a certain period of time, so as to keep the oil containment boom in a good standby state at all times.

The function of oil containment boom.

After an oil spill accident, the oil spill will rapidly spread and drift under the influence of tide, wind and other external factors, forming a large area of pollution. When oil spills occur in open waters, inshore waters or ports, pvc oil fence should be placed in time to control the spilled oil in diffusion in time. By dragging or narrowing the enclosure range through the pvc silt curtain, the oil film can be gathered to a smaller range for recycling, which can not only prevent the spread of oil spills, but also increase the thickness of oil film for recycling or other treatment.

Preventing potential oil spills usually refers to placing pvc silt curtain in advance for oil spill prevention and control according to the local water conditions where oil spills may occur or there is an oil spill risk. This can prevent the spread of oil spills when oil spills really occur, and take recovery measures to recover the oil spills in the containment in time. When a ship carries out oil loading and unloading operations at the wharf or oil lightering at the anchorage, it is usually necessary to arrange an pvc silt curtain in advance according to the specified requirements for setting control; Sometimes, a grounded or sunken ship should be properly enclosed and controlled according to the actual situation before it is salvaged.